On episode eight of Healing America with Dr. Jim White, Dr. White welcomed guest Jack Rakove onto the show. Mr. Rakove is an American historian and the William Robertson Coe Professor of History and American Studies Emeritus at Stanford University. He is the author of six books, including Original Meanings: Politics and Ideas in the Making of the Constitution, which won the Pulitzer Prize, and Revolutionaries: A New History of the Invention of America, finalist for the George Washington Book Prize. 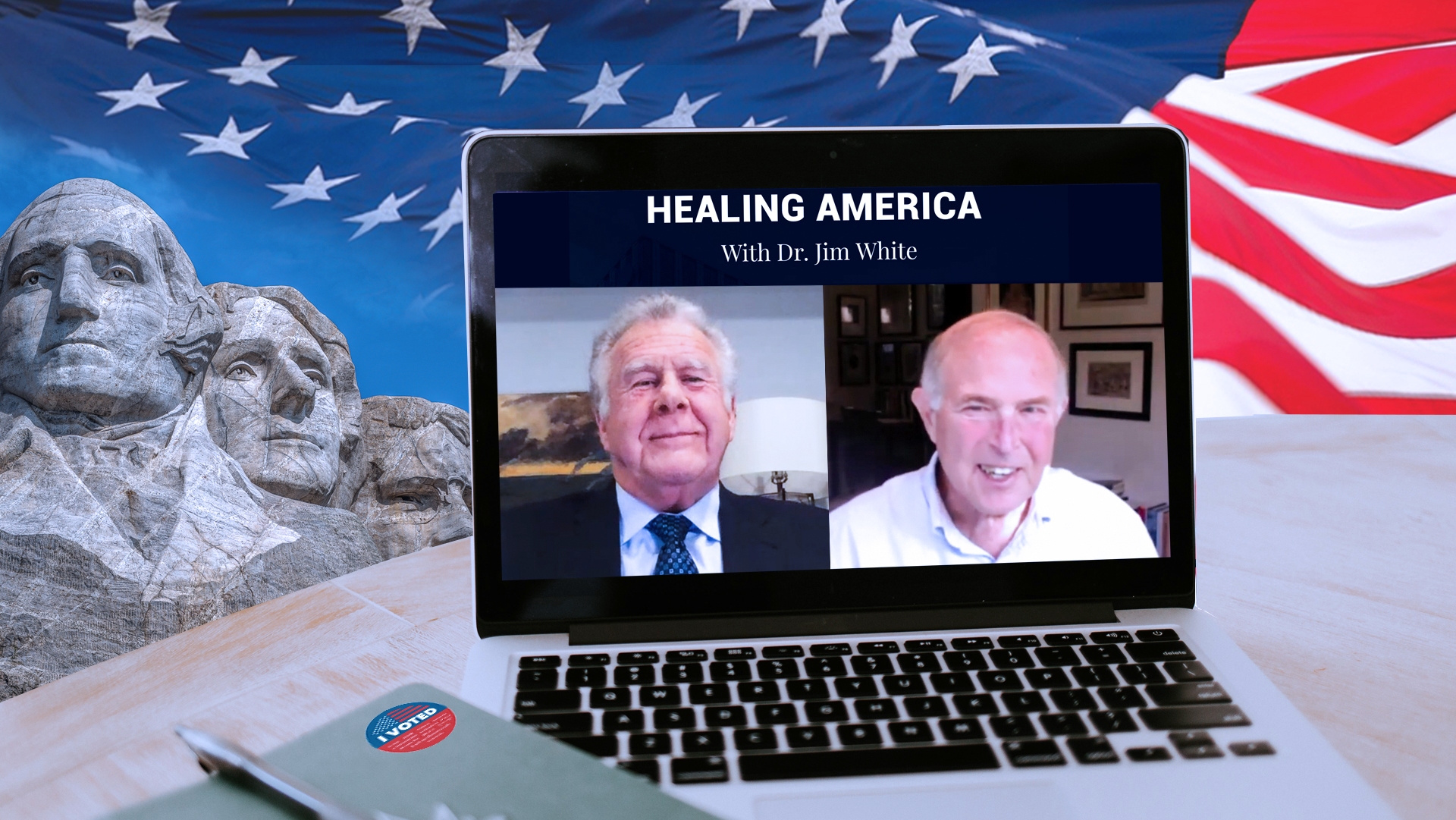 On October 27th, Drs. White and Rakove discussed the Founding Fathers, the Constitution and James Madison. Check out highlights from their discussion below:

JW: In your book, Original Meanings, you outline the conditions of deliberation that led to the Constitution of the United States, what were some of the deliberations that occurred at that time?

JR: Well, there’s a whole course of deliberation, you probably want to go back to the 1780’s-the Articles of Confederation, which were the first national constitution, framed in the mid-1700’s, and weren’t ratified until 1781. As soon as they were ratified, the different proposals to amend them in modest ways were made. None of those proposals succeeded. The basic problem was to amend the articles you needed the consent of all 13 state legislatures that proved impossible to obtain. So you have a kind of period sometimes called the Critical Years right after the Revolutionary War ends where there are different efforts afoot to figure out, you know, how do you strengthen the national government under the articles? There comes a point after 1786 after several efforts to get some amendments considered and adopted. After all those fail, James Madison, after the insistence of Alexander Hamilton, John Dickinson, a couple other notable revolutionary leaders, in effect go for broke. I mean, having run out of options to amend the articles in the way that was prescribed by the Confederation itself, they kind of went outside the box, so to speak. And they came up with, “Lets hold a general convention under the authority of the state legislatures, with the approval of Congress, and let’s see what happens.” They didn’t do it out of excessive optimism, they did it because they felt they were running out of options.

JW: If you frame it from The Constitution being liberated, how different would the constitution look, or would it be the same?

JR: It’s such an open-ended question, I even thought about writing a book about it. We don’t really know. The senate drafted a bill a few years ago about how such a convention would deliberate. There are proposals afoot, there is one afoot now – the Balanced Budget amendment.

“The Founding Fathers were deeply thoughtful, well educated, well informed, they were mindful of their own experience.”
— Jack Rakove

JW: Have you seen the musical Hamilton?

JR: We saw it in Chicago two years ago.  I was there to give a Constitution Day talk, at my Dad’s old campus at the University of Illinois in Chicago, where he taught for a long time.

JW: My wife brought me as a gift for my 70th birthday. It was so interesting.

JR: It’s so dramatic, so engaging, it’s hard not to love it.

JW: You’re an expert of James Madison. What kind of political skills did Madison bring to bear that enabled him to become the so-called “father” of The Constitution?

JR: Well it’s a combination of things. I think that in manners, Madison found his vocation in politics. 18th century politics was not necessarily a profession, particularly in America. Any institution, you’d see a lot of turnover, a lot of rotation. The whole idea that you’d make a career out of it the way modern politicians do, all the differences between our political system and theirs, I think the biggest is the desire for reelection. Madison discovered his real vocation was to be a politician and a deliberator. His first 27 years of politics were spent in deliberative bodies. So Madison thought a lot about the nature of deliberation. And he had a capacity to generalize on the basis of his experience about what he had been doing. He was also a great political thinker.

JW: In which politicians today have you seen the skills Madison embodied?

JR: That’s a great question. We’re so hung up on the founders that it’s hard to make comparisons. Maybe the politicians I’ve met, and I’ve really come to admire. The ones who are the best, they know the issues they are about so well. Members pick their own issues. I think I’ve met a fair number of politicians who are conscientious, that desire to master the subject is a skill that’s worth having. I do think it’s fundamentally different – Madison hoped, no one imagined in the 18th century going back and forth from Washington to their home. I think Madison hoped over time, there would be more of a sense of vocation.

JW: Politicians today, what lessons could they take from the Founding Fathers?

JR: They were empirical thinkers. I’ve done a lot of work on what the original constitution actually means, and when people ask me what James Madison would think about this today, sometimes there is a clear constitutional norm that you can come up with a firm conclusion. Madison was a deeply empirical thinker, he was well-read and deeply reflective about what he read, but he and his generation were engaged in a revolution, and they had to think and rethink about the nature of their experience. [The Founding Fathers] were deeply thoughtful, well educated, well informed, they were mindful of their own experience.

JW: How did Madison react when some of his propositions failed?

JR: I think he took a deep breath. If you go through his audits, he was gloomy. The things he wanted most, he didn’t get. So he had all these favored proposals that he lost. He was setback, disappointed. He writes this long letter to Jefferson, explaining why they kept having a negative on state laws. But then, there’s a campaign that has to be won. He was so invested in his own agenda that losing it was tough.

JW: Tell us about your new book, Beyond Belief, Beyond Conscience: The Radical Significance of the Free Exercise of Religion (Inalienable Rights).

JR: The book is part of a series called Inalienable Rights that my friend and colleague Jeff Stone at the University of Chicago has edited, it’s supposed to be a group of books about different aspects of constitutional history. Because thinking about religious freedom was so fundamental to Madison’s thinking, it was actually the first issue public to which he was deeply committed. I wanted to write a book about, that would be historical in nature. The book rests on two claims, the center of the book rests on the radical significance of the free exercise of religion, and the points I wanted to make was to show the issue of religious freedoms are integrally related to US constitution development. So point number one is, of all the rights we claim, the one that places the greatest emphasis on our moral autonomy as individuals is the free exercise of religion.

You can buy Dr. Rakove’s new book here, and if you’d like to reach out to him, send him an email at rakove@stanford.edu.

Join Jim next week, on Election Day 2020 as he welcomes Baxter Swilley to the show.