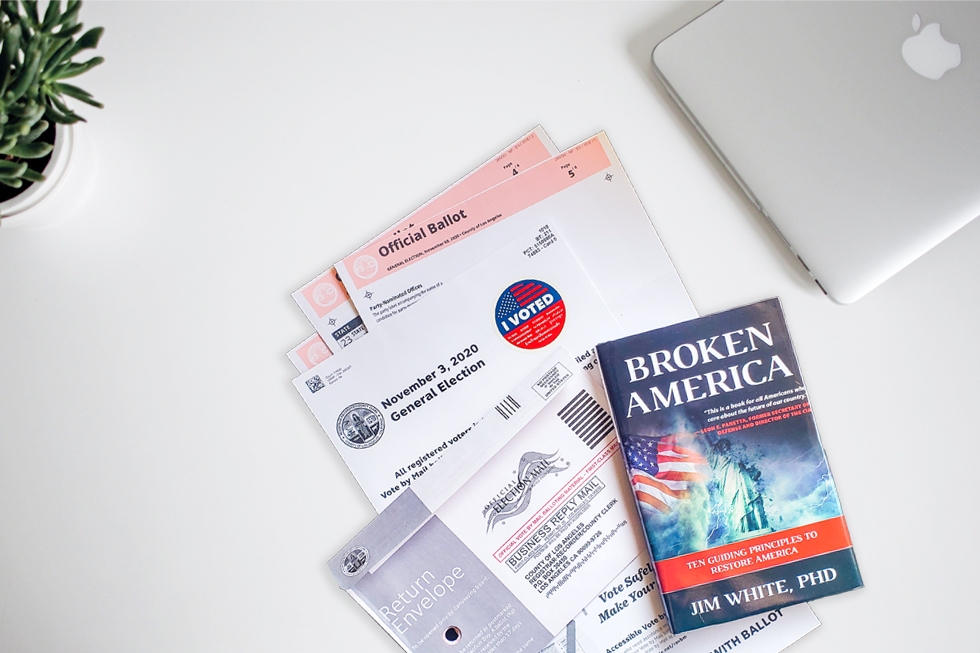 The past week has left Americans inundated with growing concern for the integrity of our country. What began last week with the release of Trump’s tax returns was followed by possibly the worst presidential debate in American History, Trump’s Covid-19 diagnosis, and today’s decision to freeze stimulus negotiations until after the election – a decision that caused the Dow Jones Industrial Average to drop 600 points.

Dr. White began the episode on Tuesday with a solemn acknowledgement of the concern he has for the absolute lack of leadership shown by the Trump administration. Covid-19 is a serious situation, and White questioned why it’s so challenging to ask people to wear masks, wash hands, social distance, and be respectful of fellow Americans. White also noted that Dr. Fauci stressed the importance of continuing to flatten the curve, especially as we head into flu season.

White, a veteran who served two tours in Vietnam, was appalled by Trump’s joyride while admitted at Walter Reed Medical Center, and his tweet that dismissed the severity of Covid-19. After his service in Vietnam, White never expected that 50 years later we would be dealing with an administration as irresponsible as this one. White once again encouraged his listeners to vote, reminding them that the election is now 28 days away. Noting that he doesn’t agree with every Democratic policy, White stressed that he knew Joe Biden will be the one who will start the process of healing America.

Dr. White also emphasized the importance of keeping some Trump-era legislation, like the 2017 Tax Cuts and Jobs Act, which allows for the development of Qualified Opportunity Zones.

The Rose Garden Ceremony for Amy Coney Barrett last week turned into a super spreader event that has since swept the White House. Though members of the Trump family and administration have access to the finest medical care available, the same cannot be said for the support staff who were infected as a result of Trump’s incompetence. Now, as Mitch McConnell and President Trump rush to confirm the divisive Supreme Court nominee, additional stimulus support has fallen to the wayside. Trump tweeted on Tuesday that he will be halting negotiations on the package “until he wins” the election in November. The rejection of stimulus negotiations, which would be a lifeline for millions of struggling Americans, showed a complete lack of leadership and integrity, White said.

After President Trump was released from Walter Reed, he ascended the White House stairs and withdrew his mask as he saluted those below him. “Propaganda is exactly what you were seeing on that balcony last night. Getting his photograph taken. I’m a strong man, I beat Covid, don’t let Covid take your life, that’s what you would see from some of the worst dictators in the world. That’s not us,” White asserted. Dr. White added that Trump doesn’t know what it’s like to make sacrifices, he has no compassion, and he has no empathy. He has mocked our troops, and our first responders. He has told so many lies that we know our adversaries are smiling, hoping we can continue to erode America.

One thing is certain, America faces perilous times. As a business leader, as a father, and as a husband, Jim – like many of us, cannot fathom how Donald Trump could even begin deliberately putting people in harm’s way. In the past week Americans have seen the core of Donald Trump, as he lied, as he fueled his ego at the expense of others’ health, as he postured like a dictator. “We cannot withstand another four years of Donald J. Trump,” White affirmed, “We have 28 days. Go vote. We’re better than this.”

Catch Dr. White next week as he is joined by Elliot Richardson.