Subscribers tuned in for the fifth episode of Healing America with Dr. Jim White on Tuesday evening, September 29th. Dr. White took the opportunity on Tuesday to weigh in on the first presidential debate, which aired later that night. Topics of the debate were to include the Supreme Court, COVID-19, the economy, race & violence, election integrity, and potentially the leaked tax returns of President Trump. 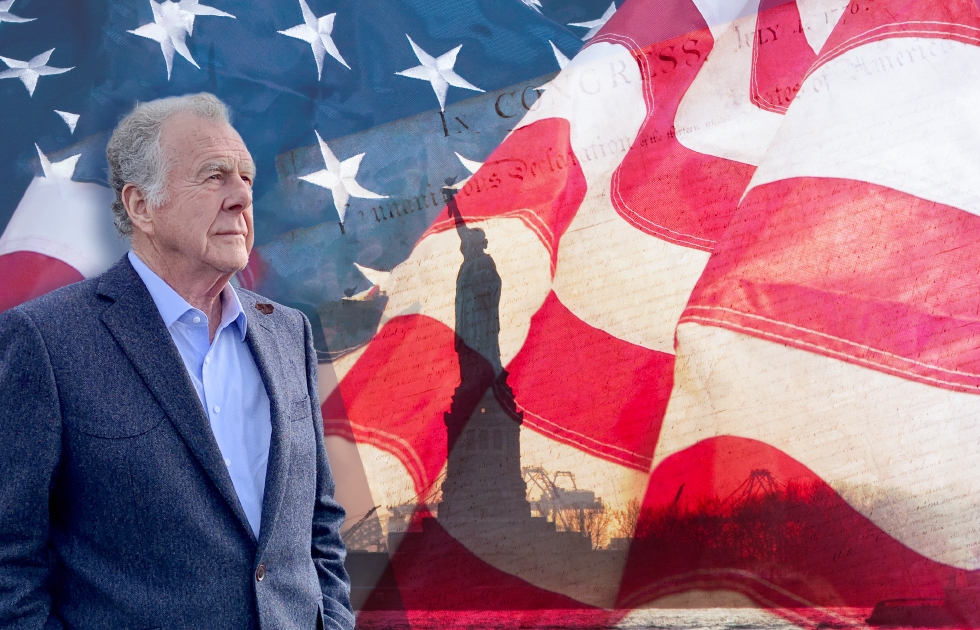 Thoughts on the first presidential debate

“This is the most critical election we’ve had in modern times,” White said, adding that it was probably the most crucial in his lifetime. An open criticizer of Trump, Dr. White noted that the fact that Trump has a loyal following is potentially more disturbing than the actions the President has taken in the White House. While White is a supporter of democratic candidate Joe Biden, he recognizes that the Democratic Party has some issues as well.

‘We need to absolutely vote for Joe Biden so we can get rid of this person who is destroying the moral fabric of our country.” White told his listeners.

“This is the most critical election we’ve had in modern times.” — Jim White.

In his recently released book, Broken America, White strives to be as unbiased and factual as possible. In the book, White outlines 10 principles to restore America from the deep polarized division it suffers from today. In Tuesday’s episode of Healing America, White takes a closer look at these 10 principles, and how they relate to the political climate today:

Principle #1 VISION: What will each candidate bring forth for their vision of America? Will they be pointing fingers or laying out their plans? Jim wants the candidates to talk to us about where they want to take the country.

Principle #2 LEADERSHIP: Does the current administration pass the leadership test  when it comes to COVID-19? White, like many others, believes that they do not. How will the candidates show leadership while mending our broken country?

Principle #3 TRUTH-SEEKING: “You cannot build a foundation on falsehood, you need to always be seeking the truth,” White said. We deserve a president who is not looking to deceive, cut corners, and abuse. Donald Trump tells lies to set a framework for splitting the country, we need the country to come back together.

Principle #4 COURAGE: White hopes that some Republican members in the Senate will have the courage to say that they’ve had enough with Trump, and that he’s ruining the country. And also have the courage to vote against the Supreme Court nominee. Mitch McConnell is a very shrewd politician, he knows process and procedure and he’s always been after one thing in his entire political career – the Supreme Court, and we’ve got to do everything we can to say no.

Principle #5 INTEGRITY: Integrity is doing the right thing when no one is looking. White cites the example of John McCain during his presidential race against Barack Obama, when a constituent questioned Obama’s American citizenship. McCain quickly denied the claim, which was a rumor started by Donald Trump.

Principle #6 TOLERANCE & EQUALITY: White preaches tolerance of all people, and equality for all people, not just some. “We are a nation of immigrants and we need to figure out a way to include all citizens and create opportunities for all citizens,” White asserted.

Principle #7 RESPECT: We can disagree, but we can have conversations with respect. What makes America great is that we can disagree openly and honestly.

Principle #8: PATRIOTISM: When White, a Vietnam veteran, put on his uniform he was proud of his country and proud to be an American. We are the United States of America and we are Americans that need to stand up and take our country back.

Principle #9: CAPITALISM & MONEY: People think capitalism is bad. There’s nothing wrong with it, we need to be able to make money. White urged his listeners to consider our national debt when talking about capitalism.

Dr. White ended his session on Tuesday, emphasizing that he is serious about all Americans coming to the table. We can disagree on things, but we must do it with respect and tolerance, and invite all people in.

Catch Dr. White next week as he is joined by Reverend Mitchell Johnson.