Dr. White welcomed back special guest Robert Shapiro, who joined him earlier in the series. Mr. Shapiro is the former chair of the Dept. of Political Science at Columbia University, where he has taught since 1982. He served as the acting Director of Columbia’s Institute for Social and Economic Research and Policy. He is a fellow of the American Association of Advancement of Science and he specializes in American politics. Highlights of their interview below: 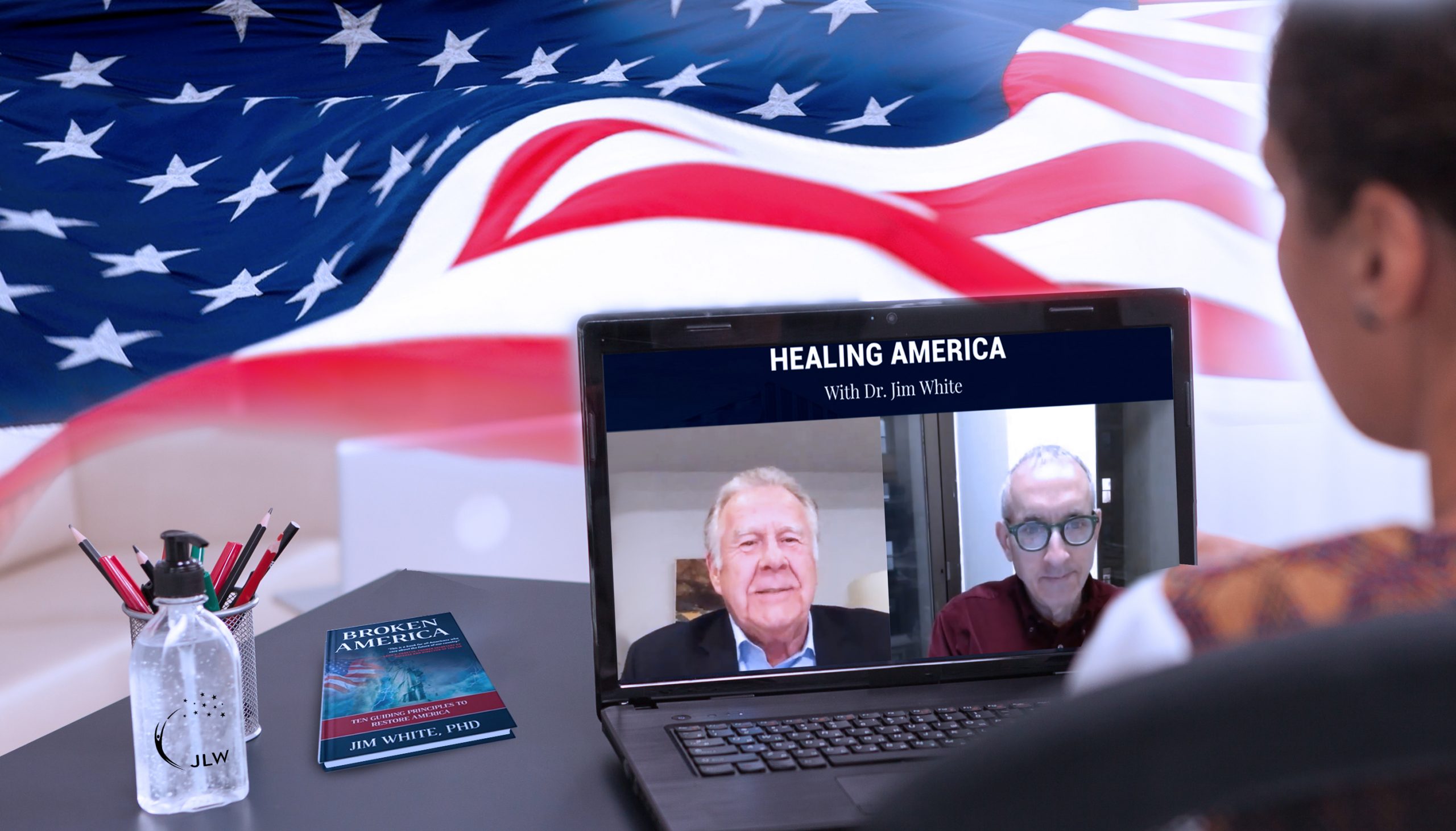 JW: We’ve just received breaking news that they’ve failed to certify the vote in the Detroit area. Have you ever dealt with that in your lifetime?

RS: I’ve never experienced that in my lifetime. We’ll see what happens. I think it goes to the State Board next, so we’ll have to see.

JW: Last time we spoke, you talked about leadership and agency and public opinion, pick up where we left off.

RS: Just to recap, one thing I praised your book for, was the emphasis in the book on what I called agency, which is the ability of leaders to take initiative. The attempt to take this country out of the dire straits of partisan conflict and the other thing that’s happened in the meantime. I thought the conflict could not get worse, but it obviously has in the context of this contested election. On the other hand, the incoming president, assuming he is the incoming president, has taken the position that he’s going to give it the old Biden try, to try to unite the country the way Obama had said he would try to and George W. Bush said he would try to as well, apparently to no success. What’s different now though, is he’ll be taking the office in the context of national crisis, two crises. The healthcare crisis, the pandemic, and also the economic crisis. And that’s- there’s a way to get out of this – crisis provides the opportunity, it’s got to be something to deal with in the context of a unified nation.

“One thing I praised your book for was the emphasis in the book on what I called agency, which is the ability of leaders to take initiative – the attempt to take this country out of the dire straits of partisan conflict.”
— Robert Shapiro

JW: You have spent many years in politics, looking at the media. I’m 72 and I’ve never seen anything like this during an election. My concern is not only with Trump, but with the Republican leadership – why are they staying so silent?

RS: It really is extraordinary, but I thought…their silence has to do with their concern for maintaining the support from the base of the party, which for now is the Trump party. But what this election has reinforced is how it really is the Trump party. Because what happens is the 2018 election is that the party actually expanded its base in a significant way. So it’s no accident that Trump has received the second highest number of votes of any president or any presidential candidate, Biden obviously being the first. And Democrats mobilized their base as well, but it began to mobilize in 2018, which was just enough to offset what the Republicans did. And so they can take full credit for mobilizing their base of minority voters, women voters, young voters and so forth. That was needed to just break even with Trump. I don’t think it’s a guarantee going forward, especially since the Republicans held onto the Senate. Both parties now are evenly matched and competitive- not only now, but going forward as well.

JW: We’ve seen almost 250 thousand deaths from the Coronavirus, and almost no action or recognition from Donald Trump and the White House. I know we can’t get inside his head, but can you speak to what he’s about, and what he’s doing?

RS: Well, what he’s shown is that he’s not willing to admit when he’s wrong, and to learn from experiences. His strategy is basically a strategy of obtaining herd immunity by letting the virus to run its course, and allowing for a vaccine to be brought in. That seems to be the unspoken strategy here, and Dr. Atlas, who’s been his media advisor is just letting it run its course. I’d think that the Senate Republicans at the drop of a hat would support further government action, unified government action, if he said he was willing to do so.

JW: What do you think about his inquiry about pardoning himself?

RS: That’s an issue. I mean, finding ways to pardon himself, or even stepping aside at the moment, under the 25th amendment, and letting Pence come in and pardon him. I think at this point this is all pretty out in the open and transparent.

RS: I think it’s a combination of things. There are a lot of things going on. Some of the supporters genuinely like his policies. There are people, particularly people who are pro-life, pro-second amendment, for whom the courts are very important – just by virtue of the court appointments, that was enough. For another, the way he rejects the politics of the left, the way he rejects identity politics – it’s something that his supporters like. And to what extent – it comes down to, how many are voting for him just because they think the opposition is worse.

JW: Assuming that Georgia doesn’t give Democrats the two senate seats needed to flip the Senate. Who’s going to give Biden a bigger headache- Mitch McConnell or progressives?

RS: I think first and foremost it’s McConnell who will give him the headache. In his effort to unify the country, he’s got this crisis to deal with, and it’s very clear that more aggressive federal action is needed. In fact, people were begging for it these last few months. Conservative economists have even said in order to get the economy back in shape, we need to control the virus. We need a federal stimulus, we’ll worry about the deficit later.

RS: The rest of my year looks like trying to study and observe all of this, but really just from where the rubber hits the road it’s basically just teaching classes at the university here in what we call in-person hi-flex mode. The new normal in the classroom is lecturing to a big classroom with at most 15 students in it, the other students online. You’re at a podium wearing a mask, and trying to figure out how to position the camera so everyone can see the blackboard.

To connect with Professor Sharpiro, email him at RSY3@columbia.edu. To catch the entire interview, visit authorjimwhite.com/webinars and don’t forget to order your copy of Broken America.